So the server has been down for a month or few, and the main reason is due to the fact MineCraft keeps updating, and the poor Bukkit programmers can't keep up.  Well the time has come where they're catching up again, and I can put the server back up, but there is another huge problem.  The map is super broken, all of them.  I've just spent a good amount of time figuring the cause of this problem and apparently I have several of them on different maps.

What does this mean?  Are we screwed?  No not really, I have backups... The maps will live, however the change to the new Anvil format has made it impossible to convert any of the map files in their original.  Which means our alpha spawned map is finally past it's prime and will no longer be able to see use in all it's alpha glory.  Does that mean we've lost our work?  No it doesn't, it means that I'll have to cut and paste all the maps onto new format maps with new seeds.  This means you might have a few new things under/above your old places, and the maps themselves might feel a bit different.  This is very upsetting and apparently, there is no real easy way to solve this problem past cutting and pasting an old map onto a new one.  At least we'll keep our structures, and I can rotate them so that the new sun direction doesn't cause interference with our old placements and expectations.

So the server will be down for a while longer while I patch the many hell holes put there by Jeb and his fancy bigger map format.  I believe that the plugins we use are all in order finally, however I can't test them correctly without the maps and their data from the plugins, which will be all wrong, and I'll most likely have to manually change all of that as well... :(


This is a long and needed update on something I've been asked for quite often, and I'm glad to say, it's mostly over, until Mojang damns us with another update of breakage.

The server is somewhat operational, however nothing will be saved... Don't get to attached to anything you make there, serious map problems to fix...

Hello fellow members. As you may have noticed, the minecraft server is down and it will stay down till Minecraft 1.2.3 is released. Why, simple we have to update bukkit and a lot of plugins on each update, which costs a lot of our time. 1.2.3 will be here soon, so keep your mining gear ready.
Memorythief is also working on the server while its down so you the server runs without issues and all plugins will be working. Soon there will be a creative map aswell.

Sorry about the lack of update

I've been at Gdc all week, and haven't had the time to update anything... So very soon you'll be able to go to your minecraft homes...

Server is back up! 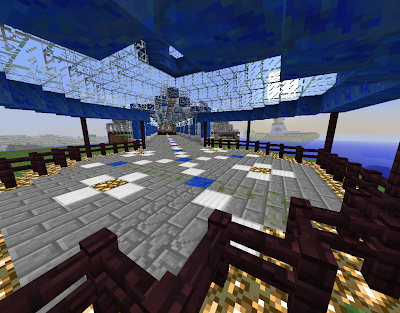 The server has been up for a bit now, testing and such... But I've been holding off announcing it till it was all together.  The server is going to be having better up-times, as well as being moved to an actual dedicated server located in AZ.  Our bandwidth is great, and we have a dedicated VM I can edit anytime for quick fixes.


I'm going to fix up the site a tad, and hand it over to Rich, then you'll see the new face of Fnord Inc...  This is the first server in an attempt to bring our gaming group closer together.  That's a bunch of hooblah you say?  Well ok, here is the server info:

What more you ask? There is a real time map, so you can see the words/blocks/players/drama that happens within the server, even talk whilst you're away.  How is this possible? Try this link!

Splendid right? What can you do you ask?  Well since we're getting the ball rolling, any donations will go in large part to the server, upgrading the hardware so we're able to expand on players, add cpu cores, and much needed ram.  To make it worthwhile (as if our great server wasn't enough) We the server admins are working on a Donation model to add neat/spiffy perks to different tiers of Donors... So the more you donate, the more clout you can buy.*  And we'll be releasing that a bit later once the site is up and running.


Things are getting better, be on the look out for improvements!  Enjoy~


*VIP's will have access to all portals, you may not buy access to Fnord private area.  This are is by invite only.
Incoming transmission from: Unknown Dated 3/01/2012 07:17:00 AM No comments:

Here is a great track from one of our own Fnordies, Space Viking!  He has released a new track named Meta-Dream and here it is!     http://soundcloud.com/spaceviking/space-viking-meta-dream

We have some issues with the server and its down for the moment, we are trying to put it back online ASAP, so you can keep playing.